Landscape might be described as a representation of an often natural space with elements of foreground, middle ground, and background. These compositional elements are inherent to my explorations into video and video editing. In Parting, a set of clouds over blue sky are doubled, slightly altered, and then flipped horizontally. The two layers of clouds now part away from each other, while the blue of the sky remains constant. The video image of multiple layers of clouds becomes condensed into a single plane, and that plane is repeated again. The effect is an imperfect symmetry with a forced and artificial foreground, middle ground, and background. Parting indicates no particular geographical location, but the iconic image of a blue sky. White clouds in blue sky is an image often recorded through both photography, film and video, and in fine art, contemporary art, pop culture, and amateur photography and video. The connotations of this type of “skyscape” are notable: it might signal ideas of contemplation, hope for the future, or the passage of time. In Parting, I aim to address the implied emotional narratives of the image, by further aestheticizing through disruption. 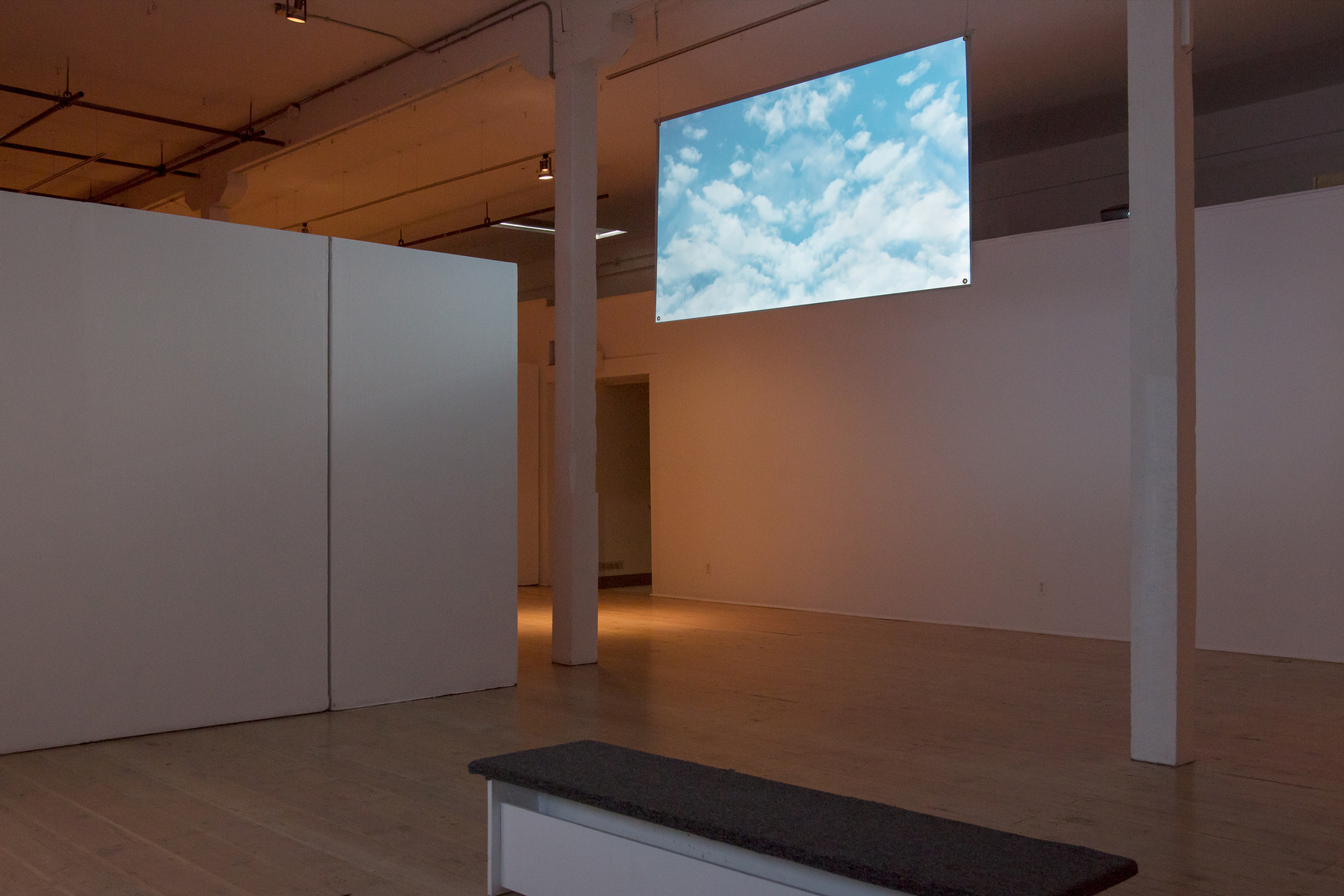 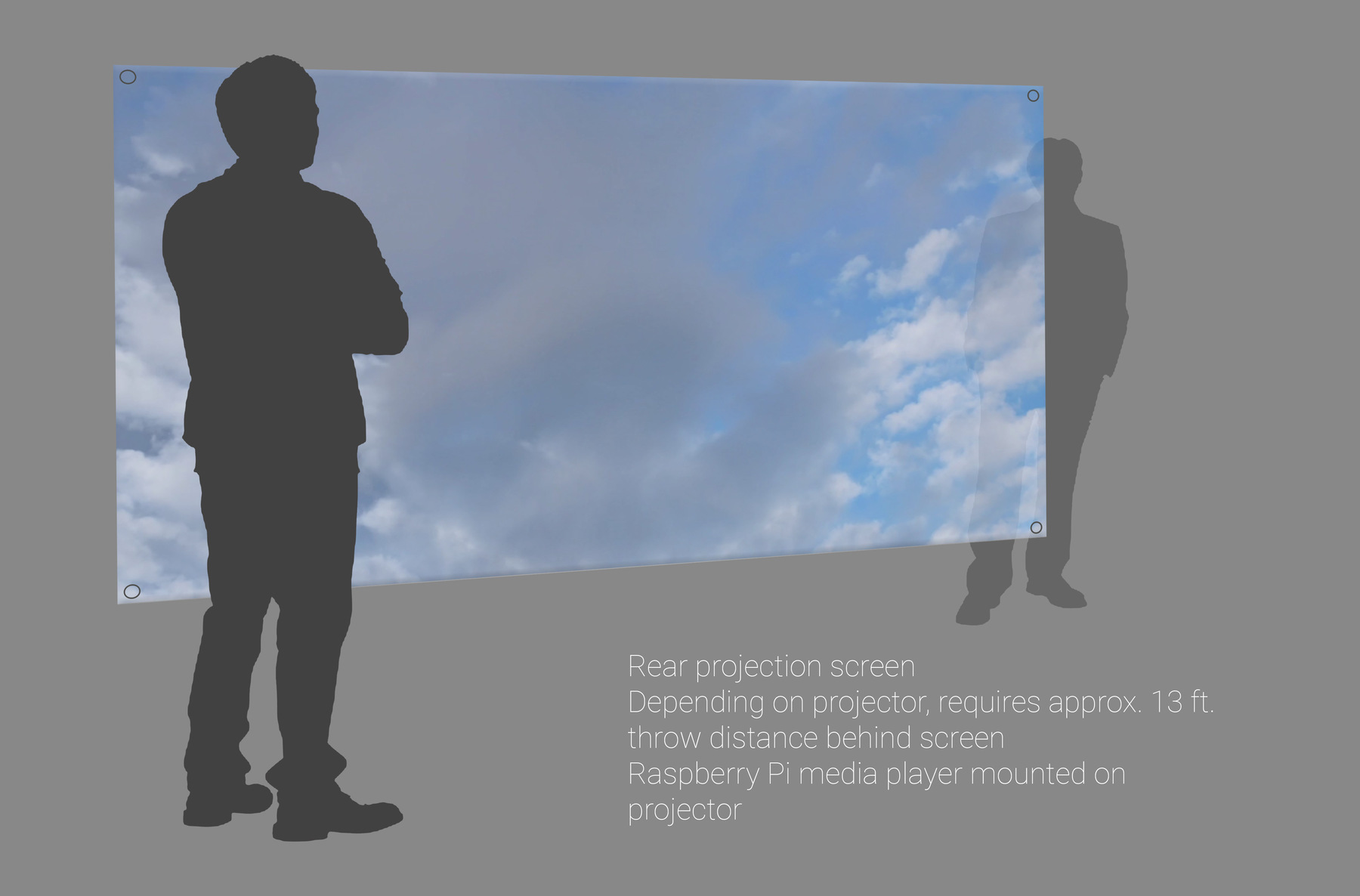 The item was added to the cart